BARE International shares an article by Imran Amed, Achim Berg, Leonie Brantberg, and Saskia Hedrich for McKinsey & Company – After a tough 2016, growth in the $2.4 trillion industry may accelerate next year, according to the first joint report from McKinsey and the Business of Fashion.

‘Fashion is one of the past decade’s rare economic success stories. Over that period, the industry has grown at 5.5 percent annually, according to the McKinsey Global Fashion Index, to now be worth an estimated $2.4 trillion. In fact, not only does it touch everyone, but it would be the world’s seventh-largest economy if ranked alongside individual countries’ GDP.

Yet 2016 was one of the industry’s toughest years. Terrorist attacks in France, the Brexit vote in the United Kingdom, and the volatility of the Chinese stock market have created shocks to the global economy. At the same time, consumers have become more demanding, more discerning, and less predictable in their purchasing behavior, which is being radically reshaped by new technologies. It’s against this backdrop that McKinsey has teamed with the Business of Fashion to shine a light on the fragmented, complex ecosystem that underpins this giant global industry.

Our first The State of Fashion report (PDF–8MB) finds that it’s not only external shock waves that have roiled the industry. Companies have also been looking inward, implementing changes to the core operations that are reshaping the entire fashion system, from shortening the length of the fashion cycle to integrating sustainable innovation into the core product-design and manufacturing processes. Perhaps unsurprisingly, 67 percent of executives said conditions for the fashion industry have worsened over the past 12 months.

This fact is clearly borne out in the industry’s financial performance. Sales growth seems set to slow to a mere 2 or, at most, 3 percent by the close of 2016, with stagnating profit margins. Speculation and uncertainty over the repercussions of the US election outcome could further dampen consumer sentiment and affect sales. This is in stark contrast to the fashion industry’s performance over the previous decade, which saw the industry expand at 5.5 percent annually.

With respect to sales growth, the affordable-luxury and value sectors have outperformed all other segments by one to one-and-a-half percentage points. This is consistent with their compound annual growth rate (CAGR) over the past three years, which has been 9 percent for affordable luxury and 6 percent for value, the highest of any segment since 2013.

Affordable-luxury players benefited from consumers trading down from luxury, particularly among Chinese consumers. However, their profit margins are expected to decline, especially after 2016, because of a pricing-arbitrage disadvantage across geographies and fluctuating foreign-exchange rates.

The value segment continued to grow in 2016, particularly as a consequence of large global players expanding geographically. With its clearly defined value proposition, the value segment has been taking share from discount this year.

In 2016, the 8.0 to 8.5 percent growth for athletic wear is more than double any other category. This is consistent with its 10 percent CAGR of the past decade, driven by consumers’ more active lifestyles, the rise of “athleisure,” emerging brands in the high-end segments, and product innovations. As athletic wear continues to grow, it will become a category with the ability to compete on equal terms with clothing and footwear, particularly in the midmarket and premium segments.

So what will change in 2017? No one would put money on volatility and uncertainty lessening. Nonetheless, our report finds that fashion companies are hopeful they can improve their performance through a combination of organic growth and leveraging new technologies. Successful companies will invest more to nurture local clientele: 2017 will be the year of organic growth by deepening relationships with existing clients, rather than through geographic, channel, and store-network expansion. And digital innovation will go behind the scenes: digitization will be the key to supply-chain efficiency, lowering procurement costs, and the enhancement of sourcing opportunities.

Some 40 percent of executives we interviewed expect conditions for the fashion industry to improve in 2017, compared with the 19 percent who reported improving conditions in 2016 (exhibit). This is particularly true for the major players within each of the market segments and product categories. Many of them have already undertaken significant cost cutting and restructuring, and they are now primed to capture the benefits.

All things considered, we expect fashion-industry growth will increase to 2.5 to 3.5 percent in 2017, although the days when the industry outpaced GDP growth by as much as two percentage points seem over. A return to the riches of the previous decade appears unlikely. But equally, there is no call for rags just yet.

Performance will vary depending on the individual dynamics of specific market segments and categories. Value and affordable luxury will probably be the big winners, both outpacing the industry average at a projected 3.0 to 4.0 percent and 3.5 to 4.5 percent growth, respectively. That said, almost all other market segments should see a slight improvement in sales growth of half to one-and-a-half percentage points. Only the discount segment is likely not to be part of the recovery trend.

Product categories are expected to grow in line with the overall industry average, but the biggest winners will be those companies with coherent channel strategies and clear value definitions. Athletic wear is set to become the absolute category champion, maintaining 6.5 to 7.5 percent sales growth, although it will be unable to reproduce the double-digit growth of the past. The affordable-luxury segment seems likely to continue benefiting from consumers trading down from luxury, while signs point to the continued growth of the value segment as large global players expand internationally.

In short, the industry next year has an opportunity to stabilize and reset, and success stories will probably be written by those already planning for the year ahead. They should bear in mind the three trends that we believe will shape the 2017 fashion industry: the global economy, consumer behavior, and the fashion business model.

Economically, we see a number of trends that will shape the industry, including fashion’s response to intensifying volatility, continued challenges in China, and the rise of urban centers. To address consumer behavior, players will have to learn to serve shrewder and more-demanding customers and adjust to a shifting demographic profile. Finally, 2017 will also be a critical year for the fashion business system, with developments expected around the fashion cycle, technological advancements, and a shake-up in the ownership of fashion companies, as players restructure and industry outsiders step up their activities in the fashion sector.

The bottom line is that amid this uncertainty and change, our analysis suggests cautious optimism is warranted. It’s a sentiment shared by industry executives: 40 percent expect conditions for the industry to improve in the year ahead. As with everything in this fast-moving sector, we’ll just have to wait and see.’

Years of diverse and widespread experience have afforded BARE with a deep understanding of how critical it is for Retail companies to maximize profitability in order to stay competitive in a constantly evolving marketplace. Want to find out more on BARE International’s customized Retail services? Contact us today! 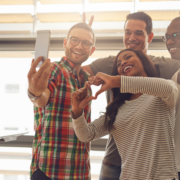 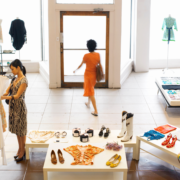 Brick-And-Mortar Retail Is Bouncing Back 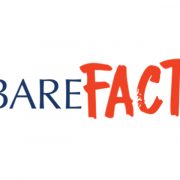 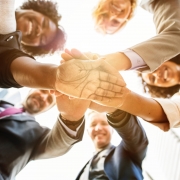 Tell us what #imaCUSTOMER means to you for a chance to win! 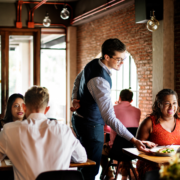 What Does It Mean To Be Customer-Centric In 2021? 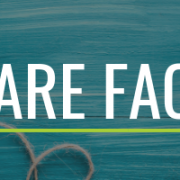 BARE International, the most trusted name in customer experience research brings you this week’s BARE Fact 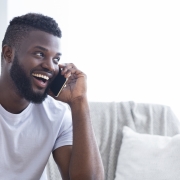 #TestimonialTuesday 💬 If you have any concerns,

🌐 'We are caught in an inescapable network of m

#BAREFactFriday 🤔 What do you think companies n

👋 Do you have experience in a #retail or wareho

#TestimonialTuesday 💬 We're happy to go into 20

🎄❄️Here's to new memories, relationships, a

🤶 'The recipe comes from my mother, nicknamed "

🥳 Ever wondered how Christmas is celebrated in

🔔 Try this recipe out! Bejgli originates from S

🎁 Every family has their own traditions during

🌃 'Around the first week of December, we try to

🎄 'Growing up my family always had an artificia

#TestimonialTuesday 💬 We appreciate all of your