BARE Shares and article from Forbes – 5 Wow Customer Service Stories From 5-Star Hotels: Examples Any Business Can Learn From.

‘Wow customer service stories are essential to the growth–cultural and financial–of most companies in most industries.

Why do these over-the-top, creative acts of customer service matter? “Because stories are emotional transportation,” as Diana Oreck, a longtime leader in hospitality and customer service who is now EVP of Owner Experience for NetJets, puts it. “They’re powerful because they lead to folklore among our guests and, in the retelling, among employees as well. Service, at the end of the day, is all about making emotional connections, and there’s no way to make a connection faster than through a powerful story.”

Here’s a recap of five of my favorite wow stories, previously brought to light on my visits to, work with, and writings on some of the ultimate luxury properties in the hospitality industry.  Of course, wow customer service doesn’t only happen at Five Star hotels…  But a Five Star hotel is one of the purest examples of using customer service—over the top, entirely personalized service—to transform what could so easily be a commodity (a rectangular room, a toilet that flushes) into something magical that commands repeat visits from customers, commanding loyalty in some instances for multiple generations.

The Inn at Little Washington, in pastoral Washington, Virginia, is in its 40th year of existence, and has earned a double Five Star—for food and lodging–rating (Forbes) double Five Diamond rating (AAA) and Two Star (Michelin) ratings along the way. Here’s an example of the type of wow service the Inn is known for, shared with me by alumnus Jay Coldren, who witnessed it during one of his first days on the job. (He went on to lead Dining and Hospitality Services at The Inn and then on to a notable career elsewhere in the hospitality industry, including at Marriott and Dean and Deluca.)

I watched a couple arrive at The Inn from Pittsburgh, several hours away, to celebrate their anniversary with a three-night stay. As the staff unloaded the luggage, our female guest said to her husband, ‘Don’t forget my hanging bag.’ Her husband looked into the trunk and came up with a horrified expression on his face. Apparently, she had left her bag beside the car in their garage assuming he would pack it, but he never saw it.

At this point, she pretty much fell apart: This poor woman was checking into one of the most expensive places on the planet with nothing but the clothes on her back! As the doormen and I tried to figure out what to do to make this couple happy, one of the staff who had been there a lot longer than me drove up to the front of the inn in the company car. I looked at him oddly and he just smiled and said, ‘Get me their keys and the address; I’ll be back before dinner.’

I was floored. No one asked him to do this, and there wasn’t a moment’s hesitation on his part. He was so much a part of the service culture that he just knew the exact right thing to do. He was halfway to Pittsburgh before the lady actually believed that we were really going to get her luggage at her house. He drove eight hours straight and made it back before their dinner reservations at nine.

What a housekeeping employee did for my family at Montage Palmetto Bluff, a resort near Savannah, Georgia on the banks of the May River in South Carolina, is one of the loveliest examples of “wow” customer service that I’ve encountered. The employee, Tonya, works as a house attendant, the housekeeping department position formerly known as “houseman.”  Tonya pulled up outside our cottage on the sprawling Palmetto Bluff campus in her golf cart, bringing supplies such as bottled water, towels, and sheets for the housekeepers working inside. Three Solomons—my young son and his young-at-heart parents—were out front of the cottage as our son struggled to stay vertical on the bicycle we had borrowed from the Inn. Tonya saw my son teetering atop a bike that he wasn’t ready to handle and instantly tuned in to the trouble we were having. She announced, “Your boy needs a bike with wheels,” by which she meant training wheels, and returned in five minutes bringing us a bike newly equipped with training wheels, accompanied by Angella, a manager from Palmetto Bluff’s recreation department, whom Tonya had brought with her to ensure that our son got off to a successful start.

This act of wow customer service enhanced the remainder of our time at The Inn at Palmetto Bluff by allowing our son, on his now appropriately equipped bicycle, to range all over the gorgeous trails of the property. It was, if not life-changing, at least vacation-changing.

Tonya didn’t just make an extra effort. She made the right extra effort. She saw beyond her House Attendant function, making use of her innate knowledge of guests, and of kids, to address what our son needed that we hadn’t even recognized ourselves. She also stepped outside of her reporting area (housekeeping) to bring in help from another department (Angella from recreation) to make sure we got on track.

I’d like to share two different types of “wow,” both of which happened within the confines of the Dove Mountain resort, a Ritz-Carlton property recently certified as one of the newest Forbes Five Star properties in the U.S.

In this first example, the story created for the guest is small in scale, a combination of fixing an issue and then doing something a little extra, unexpected, and perhaps even slightly off-kilter. The guest had complained to the front desk about some issue with her water before heading off to dinner. When she got back to the room, not only was the plumbing problem fixed, but, says Liam Doyle, the Dove Mountain GM, “there was a note from Scott in engineering apologizing for the problem, giving his direct phone number in case he could do anything further for them, and including, along with the note, a chocolate wrench. The guest, who sent a thank-you letter to Doyle, concluded that letter with, ‘I laughed through every bite of chocolate.’” Doyle is quick to stress that the idea for the chocolate wrench didn’t come from him or from another manager; the engineering department employees took it upon themselves to create this wow moment.

The second example from the same Dove Mountain property is much more elaborate. And again it didn’t originate with Doyle or another manager, but with his frontline employees taking spontaneous and self-directed action without asking for permission from management. Last summer, a family with a two-year-old son spent a weekend at the resort. As these guests were packing up to leave for the airport, the mom realized her son had lost his favorite Thomas the Tank Engine toy. Flagging down two frontline Ritz-Carlton employees, Jessy Long and Nathan Cliff, the guest explained what was at stake since this Thomas toy was her little boy’s favorite and the loss would be heartbreaking for him.

Employees Long and Cliff failed to locate the lost Thomas train, but realizing how much this mattered to the guests, agreed together that something must be done. After the guests left the property for their flight home, the two employees drove to a toy store and purchased an absolute dead ringer of the original train for the little boy. They then composed a note in longhand to the boy in the voice of Thomas the Tank Engine telling a sweet tale about the extended vacation the little locomotive had taken after being accidentally left behind. The account included adorable pictures of Thomas exploring the property, cooking in The Ritz-Carlton kitchen (wearing a miniature paper chef ’s toque on his head), and more. Four days after the disappearance of the original Thomas, his replacement arrived by FedEx, to the astonishment of the family, who now share the story at every chance they find.’

The Hospitality industry has been the cornerstone of BARE’s business since launching in 1987. Since then, management professionals at locations including hotels, resorts, conference centers, restaurants, bars, and spas have leveraged BARE’s deep understanding of the Hospitality industry to customize research programs allowing clients to streamline operations, increase integrity, and improve the quality of customer service.

How do we ensure your customers are receiving the best possible customer service? A customized formula of mystery calling and shopping, in-store and online audits, e-mailing, and mystery leads reveals how well your employees were trained and brand standards are executed.

Contact us today to receive a complimentary evaluation of your business with BARE International. 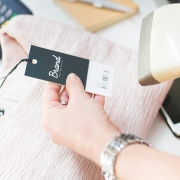 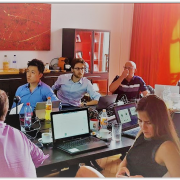 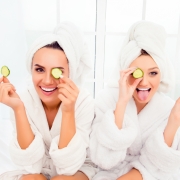 Wellness & Hospitality. Where Next? 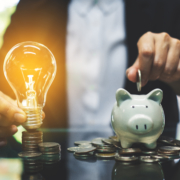 CX Week: The ROI of Improving The Customer Experience 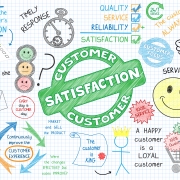 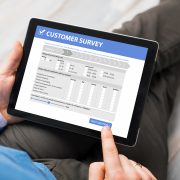 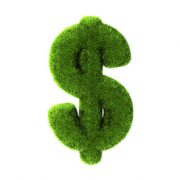 5 Ways to Spring Clean Your Finances

#TestimonialTuesday 💬 If you have any concerns,

🌐 'We are caught in an inescapable network of m

#BAREFactFriday 🤔 What do you think companies n

👋 Do you have experience in a #retail or wareho

#TestimonialTuesday 💬 We're happy to go into 20

🎄❄️Here's to new memories, relationships, a

🤶 'The recipe comes from my mother, nicknamed "

🥳 Ever wondered how Christmas is celebrated in

🔔 Try this recipe out! Bejgli originates from S

🎁 Every family has their own traditions during

🌃 'Around the first week of December, we try to

🎄 'Growing up my family always had an artificia

#TestimonialTuesday 💬 We appreciate all of your